Resignation feet first. The first persons of states who died in office 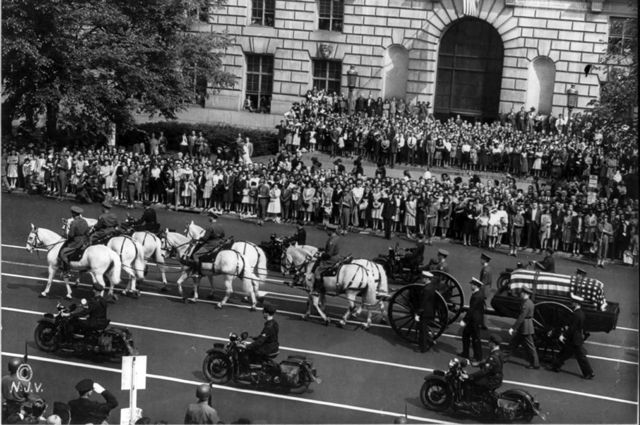 The death of the head of state in office was perceived differently in different eras. During the heyday of the institution of the monarchy, there was almost no other option — this destiny was considered as sent down from above, and, therefore, it did not provide for retirement.

From Ilyich to the “epoch of magnificent funerals”: ​​from the general secretaries — only to the Kremlin wall

Those who were overthrown from the throne in the prime of life ended their lives either as a result of reprisals or in captivity — controversial situations with a split in society were not welcomed.

The October Revolution of 1917, having changed a lot in our society, did not change the attitude towards the first person — the head of state most often performed his duties to his last breath. The only exceptions were two — Nikita Khrushchev (suspended as a result of the coup) and Mikhail Gorbachev (left without a state after the Belovezhskaya Accords.

The rest left their posts only in the direction of the Red Square necropolis.

Vladimir Lenin, founder The Soviet state, known as “grandfather Ilyich”, died at the age of 53 from atherosclerosis of the vessels against the background of complications caused by a wound received in 1918.

Joseph Stalin died at the age of 74 years as a result of a cerebral hemorrhage.

Leonid Brezhnev died at the age of 75 in his sleep from sudden cardiac arrest amid a number of serious ailments.

Yuri Andropov died at the age of 69 from kidney failure due to prolonged diseases of gout.

Konstantin Chernenko died at the age of 73 from cardiac arrest with manifestations of increasing hepatic and pulmonary heart failure.

The period from 1982 to 1985, when three Soviet general secretaries left one by one, was called the “Era of a magnificent funeral.”

A speech that drives you to the grave: Mr. Garrison's sprint term

In Western countries, the rotation of leaders occurred more regularly, but this did not guarantee the absence of tragic surprises.

9 1st President of the United States William Harrisonset a record for tenure at the head of the United States. On March 4, 1841, in very cold and windy weather, Harrison arrived at the inauguration ceremony. His speech lasted almost two hours, and all this time he stood without a hat and coat. Attempts by assistants to stop this mockery of Harrison were unsuccessful.

Harrison caught a severe cold, which, however, was not fatal for him. The president endured the illness on his feet, and on March 26, Harrison, who had not recovered, was blown away.

This time, the 68-year-old politician received severe pneumonia, which brought him to the grave on April 4, 1841. He served 30 days, 12 hours and 30 minutes in office, becoming the first head of the United States to die in office.

It was you who ate something: how fruit and ice cream killed President Taylor

12th President of the United States Zachary Taylorspent less than a year and a half in office. A military leader who led campaigns against the Indians and thoroughly worn out his health in them, Taylor loved the holidays. And on Independence Day, he did not restrain himself and did not limit himself in anything. On July 4, 1850, in hot weather, the president drank several glasses of cold milk, ice cream, and fresh fruit, which made him sick. The pain in the abdomen intensified, and the efforts of doctors did not change the situation. Five days later, 65-year-old Taylor was gone. It happened so suddenly that many suspected poisoning. Subsequent studies, however, have shown — the head of the United States was really killed by products that did not suit him, and not by poison.

The end of the merry fellow: President Harding was killed by a lethal dose of laxative

29th President of the United States Warren Hardingsaid of himself: “I am not fit for this office and should never have been here.” In 1920, he won the presidential election as a Republican candidate. A merry fellow and a cheerleader who turned out to be a “dark horse” in this election, Harding liked the voters. The hangover turned out to be heavy — poorly versed in economics and public administration, Harding handed over the reins to the members of his team, while he himself spent his time playing poker and golf, as well as drinking in the company of friends and charming women.

Rescuing a damaged reputation, Harding went on a trip around the country, called the “Tour of Understanding.” During the trip, his condition suddenly deteriorated sharply, and the 57-year-old president died. The widow forbade an autopsy, which made the exact cause of death a mystery. Initially, it was believed that Harding had a stroke on the background of chronic hypertension, but now the version is popular that he was healed — in case of banal food poisoning, doctors prescribed strong medicines for heart disease, and a large dosage turned out to be fatal. jpg” height=”551″ width=”800″ style=”display: block;” />

Burned out at work: Roosevelt's body could not stand the Second World War

32nd US President Franklin Roosevelt — the only one to win elections four times. This happened even despite the fact that Roosevelt, who had been ill with polio in 1921, has not parted with a wheelchair since that moment.

However, the burdens that fell on the politician during the Second World War finally undermined his health. Against all odds, in the spring of 1945, the president prepared for the United Nations conference in San Francisco. On April 12, 1945, 63-year-old Franklin Roosevelt died of a cerebral hemorrhage.

In 1969, Charles de Gaulle was replaced by the former head of government of the country Georges Pompidou strong>. Formerly an ally of the general, Pompidou fell out with him during the events of 1968. The resignation of de Gaulle turned Pompidou into a man who satisfied the majority in the presidency. The new president continued his policy of keeping France outside NATO structures and building special relations with the USSR.

In 1973, Pompidou proposed to reduce the duration of one presidential term from 7 to 5 years. Parliament rejected the initiative, but in fact Pompidou left after five years of reign — both from office and from life. The politician fell ill with a severe form of leukemia, his condition rapidly worsened. In March 1974, he made a visit to the USSR, during which he kept only on medicines and personal courage. On April 2, 1974, after returning to his homeland, the President of France died at the age of 62 from acute blood poisoning that arose against the background of the underlying disease.

A deadly shock: Prime Minister Ohira failed a vote of no confidence

In 1978, the head of the country's Liberal Democratic Party Masayoshi Ohira was elected Prime Minister of Japan. He became the sixth Christian at the head of the government of the Land of the Rising Sun.

Ohira ruled for a year and a half, retaining his seat even after the unsuccessful 1979 parliamentary elections for his party. The new government was a coalition, but the prime minister was fully confident that he was in control of the situation. The vote of no confidence on May 16, 1980 came as a complete shock to the politician. On the eve of the new elections, Ohira, who remained in the rank of and. about. Prime Minister, took an active part in the campaign, but by the end of May, he reached a serious mental exhaustion. Politics was hospitalized, and on June 12, at the age of 70, he died of a massive heart attack. 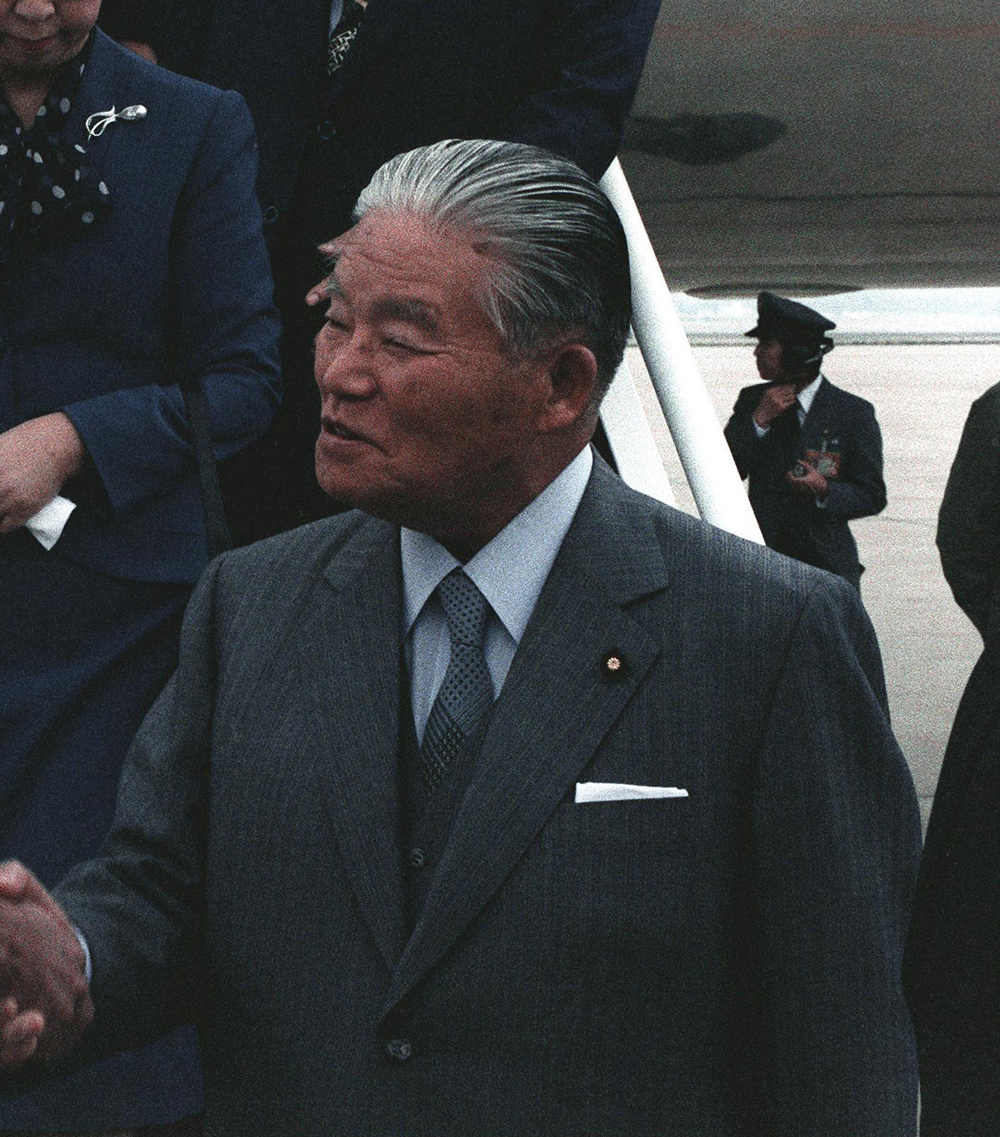 Austrian politician Thomas Klestil, a former ambassador to Austria and the country's representative to the UN, was elected to the presidency in 1992. The representative of the conservatives quite skillfully maneuvered between various political forces, which allowed him to be re-elected for a second term.

Klestil's term was supposed to end on July 8, 2004, but three days later he had a myocardial infarction. Doctors fought for the life of the president for more than a day, but at the end of July 6, they were forced to declare death. Klestil was 71 years old.

Magufuli is a non-believer: the President of Tanzania did not recognize СVID and died

The 5th President of Tanzania John Magufuli was elected to his post in November 2015 . The politician was noted for his efforts in combating the epidemics of AIDS and cholera, efforts aimed at economic growth, and generally maintained high popularity in the country. In 2020, he was confidently re-elected for a second term.

As serious as Magufuli was about AIDS, he also did not believe in COVID-19. Unlike its neighbors, Tanzania has not imposed a lockdown or closed its borders. The President denied PCR tests, offered to rely on prayers and folk remedies, and then announced that the disease had been defeated — despite overcrowded hospitals.

In February 2021, Magufuli disappeared from view, and then was found in neighboring Kenya under a ventilator. On March 17, 2021, the President of Tanzania, at the age of 61, died of the coronavirus. Tanzanians were told that Magufuli had been killed by heart disease.