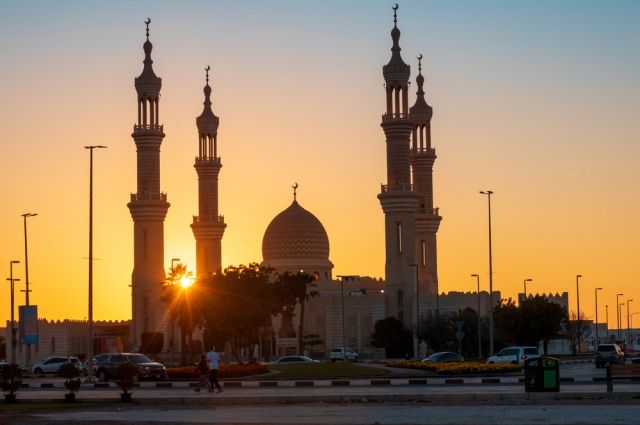 The North Caucasian Muftiate proposed expanding the list of religious literature, which should be classified as non-jurisdictional and not considered extremist. “We consider it necessary to recognize as not subject to peer review the original commentaries and interpretations of the Qur'an, collections of hadiths and their commentaries, and the generally accepted works of Islamic scholars of the four legal schools. Muslims consider these works to be canonical and  part of the religion of Islam», — quotes the statement of the Interfax Coordinating Center for Muslims of the North Caucasus.

This statement was made in response to the recent precedent with the inclusion in the federal list of extremist materials of the publication “Sahih al-Bukhari (summary)” Authentic traditions from the life of the Prophet Muhammad: a clear presentation of the hadiths of the “Authentic collection” (Publishing house “Umma”, 2007). This decision was made by the Ministry of Justice, based on the verdict of the Supreme Court of Tatarstan that came into force, which, in turn, made the corresponding decision after inquiries about expertise in various instances, including Moscow Islamic University.

“The lack of clear explanations of this decision led to some believers' opinions about an attempt to ban the second most important source of Islamic law for Muslims, which caused understandable and reasonable indignation”, — noted in the statement of the muftiate of the North Caucasus.

At the same time, it is argued that only the translation of Sahih al-Bukhari is prohibited by the court decision. And here is the original collection of authentic sayings of the Prophet Muhammad, “Collection of Hadith” Sahih al-Bukhari ” in Arabic, and its translations into Russian, Tatar and other languages ​​are in no way questioned. This literature enjoys well-deserved respect and is actively used in religious educational organizations in Russia in the learning process. Therefore, about the prohibition of the hadith “Sahih al-Bukhari” it is not speech.

«Together with the — they add, — it must be admitted that the incompletely verified court decisions on the ban on extremist literature, the producers of which, due to irresponsibility or malicious intent, allow themselves to use texts sacred to believers in their criminal activities, have repeatedly created social tension. >

In addition, the muftis of the North Caucasus are reminded that seven years ago, at the initiative of the Russian leadership, amendments were adopted that directly indicate that the texts sacred to believers and quotes from them can never be recognized as extremist under any circumstances. materials.

“In this regard, in order to prevent embarrassment of believers and prevent attempts to discredit state-religious relations, we call on the authorized bodies, in direct cooperation with religious organizations and public institutions, to develop the necessary amendments and additions to the existing mechanisms of legal response to cases of discovery extremist materials made with quotations from sacred texts for believers» — they write.

They also consider it important to create an expert theological council for professional evaluation of other religious literature.

Supreme Mufti of Russia Talgat Tadzhuddinin his TG channel, he noted that the topic interested people who quickly made a number of decisions. In in particular, he noted that “the prosecutor's office is eyeing the court decision on the subject of a request for clarification on the procedure for its application».

strong>it is written that “after appeals of religious figures and the broad Muslim community in in connection with the introduction of one of editions of the translation into Russian of the collection of hadiths„Sahih al-Bukhari“ In  the list of extremist materials, the administration of the President of the Russian Federation studied the current situation. Ramzan Akhmatovich Kadyrovreports that the leaders reacted with understanding to the indignations of our co-religionists, Muslim religious and public figures and reacted promptly, instructing the responsible persons to work out the issue of protecting texts and translations with authentic hadiths from recognition      extremist along with other scriptures».

He also expressed his sincere gratitude for the fact that the opinion of the Muslims of Russia was heeded. "Undoubtedly, the instructions of the Administration of the President of the Russian Federation to endowing the translated texts of hadiths with inviolability encroachments will strengthen interethnic and interreligious unity in Russia», — he stressed.

The personal participation of the head of the Chechen Republic Ramzan Kadyrov in  involving experts and organizing a dialogue in theological environment to resolve the situation around this collection of hadiths within the legal framework.

The muftis are sure that there is an urgent need for further publication of the classical collections of hadiths prepared by domestic experts. An excellent solution would be to connect the Foundation for the Support of Islamic Culture, Science and Education to this issue.